Continued high occupancy and projected 2018 performance are some of the current strengths of the hotel industry, while rising minimum wage and new brands are potential threats to its success.
31 January 2018 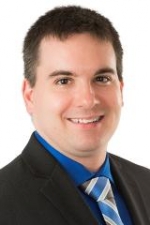